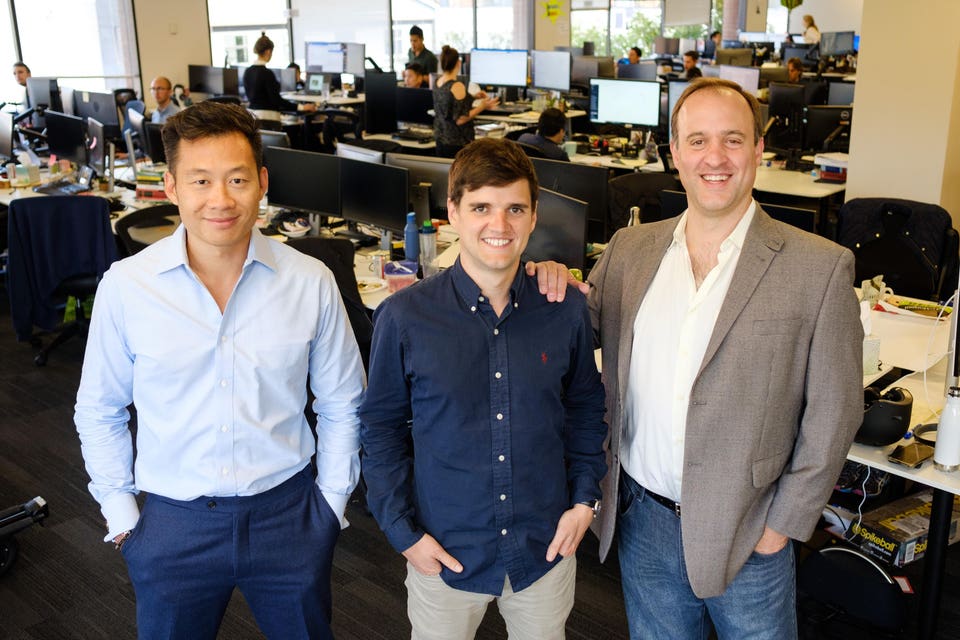 Alex Konrad Forbes Staff – Covering venture capital, software and startups
Of all the businesses to start after cofounding Twitch and then serving as a partner at Y Combinator, a law firm seems an unlikely choice. But for Justin Kan, legal tech startup Atrium is solving a problem he felt acutely as a founder. And it’s raising money like one of the hot startups in Silicon Valley.

Atrium is announcing on Monday that it has raised $65 million in a round led by Andreessen Horowitz, with Y Combinator’s Continuity Fund, Sound Ventures and General Catalyst joining the round.

The funding comes as Atrium has helped some of tech’s fastest-growing companies raise a combined $500 million, including scooter company Bird, Alto, MessageBird and Sift Science—250 clients overall. Atrium served as the law firm for each, providing a lawyer on the customer end and using technology to automate some of the related filings under the hood. The startup will use the funding to hire more employees on both its legal services and technical sides.

“This was a problem I’d seen in my own experiences, where all these parts around legal were like a blocker to what I wanted to do, and the legal bills felt like Russian roulette,” says Kan. “It’s almost like a tax you have as a business owner. That’s why I wanted to attack this problem.”