Riding the RV revolution, Outdoorsy fuels up with $50 million in fresh funding 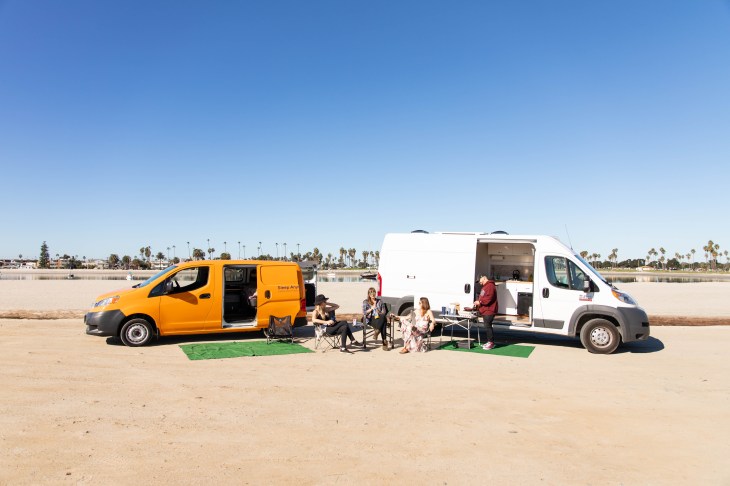 Outdoorsy is building for the road ahead. The three-year-old company, which connects customers with underused RVs and other trucks big enough to camp in overnight, just raised $50 million in Series C funding led by Greenspring Associates, with participation from earlier backers Aviva Ventures, Altos Ventures, AutoTech Ventures and Tandem Capital. That puts its total funding, in less than a year’s time, at $75 million. (We’d separately reported on its $25 million Series B round last February. It has now raised $81.5 million altogether.) It’s easy to understand why investors are excited about Outdoorsy, which moved its headquarters from the Bay Area to Austin six months ago, partly to get closer to its base of customers, as well as to take advantage of attractive tax incentives. The company is capitalizing on a global trend of millennials who want to stay overnight at places other than hotels, which can be pricey and based in commercial districts that can’t provide the same experience of staying in a neighborhood. Yet Outdoorsy is taking things a step further, so to speak. As co-founder and CEO Jeff Cavins notes, even with Airbnbs seemingly everywhere, there remain plenty of places where it makes even more sense to rent an RV and set up a grill, including at a beach, beside a lake or right outside events like musical festivals and car races. That’s saying nothing of traditional camping spots, like Yosemite and Yellowstone Valley. It’s easier than ever thanks largely to Outdoorsy, too, says Cavins. Earlier on, the company logged serious time with outfits like Aviva, a British insurance company that is not only an Outdoorsy investor at this point but which was convinced by Outdoorsy to create an insurance product expressly to cover RVs as distinct from more accident-prone vehicles with which they’ve long been lumped, like dune buggies.